In late 2007, thanks to the success of the Nintendogs franchise, toy manufacturer TOMY started producing merchandise based off of the video game. They were first sold in the United Kingdom and some other parts of Europe and expanded into the United States.

They were discontinued around mid-2010.

The Nintendogs Bark Back puppies are interactive plush toys that shake their head, wag their tail, and bark when spoken to. This toy line includes the Beagle, Dachshund, Cavalier King Charles Spaniel, Chihuahua, Jack Russell Terrier, Miniature Pinscher and Pug.

Nintendogs Bean Toys are a series of plush bean-bag Nintendogs with scarves and sound buttons in their ears.

As the name implies, Nintendogs Dressables are stuffed Nintendogs which came with clothing accessories.

Howl with Me Pup

The Nintendogs Howl with Me Pup is a long stuffed dog which lays on its stomach. Each of these toys has a button in their paw which causes them to vocalize like a real howling dog.

The Mini Pups are a line of smaller stuffed animals. Unlike the Bean Toys, they have soft, plush pelts, and are stuffed with polyester.

The Pet & Play Pup is a reclining dog designed to be responsive to stroking on its head and back by barking and wagging its tail. This toy line includes the German Shepherd, Pembroke Welsh Corgi, and Siberian Husky.

Nintendogs Petit Dogs are small, remote-control vinyl dogs based on the breeds available in the game.

The Tug & Play Pup is a standing toy resembling a dog, which comes with a rope in its mouth. When the rope is tugged, the toy is designed to growl and shake its head, and will wag its tail playfully.

Merchandise was also in development for Nintendogs + Cats, including small figurines with dogs and cats from each of the three titles. 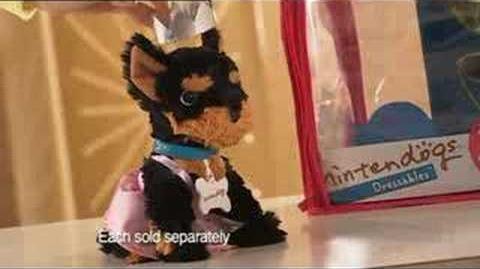 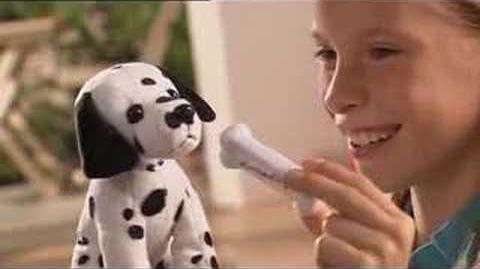 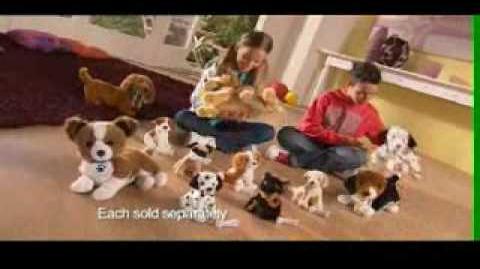